When choosing water softener salt, it is always the same dilemma: should you choose crystals or tablets? To put paid to any misconceptions in this respect, ZOUTMAN had both products thoroughly tested by a laboratory. The result may come as a surprise: salt crystals score equally well on all fronts, and sometimes even better than tablets. In addition, they are more environmentally-friendly and their price-quality ratio is often slightly better. Here are the results of the laboratory study laid bare.

Salt tablets are made from vacuum salt extracted from underground mines, which is a multi-stage process requiring a lot of energy. However, crystals are pure salt produced by natural evaporation.

1. Better than the legal standard

The salt crystals from ZOUTMAN, SOFT-SEL CRYSTALS, meet European standard EN973A. For example, they meet the quality criteria for purity and the presence of heavy metals. In addition, they are completely additive-free and contain more than 99.8% sodium chloride, with the result that they score better than the requirements of the most stringent standards (> 99.4%).

They also contain far fewer insolubilities (0.01%) than the maximum allowed quantity (0.05%). The heavy metal content is even less than one tenth of that required by standard EN973A. In other words: SOFT-SEL CRYSTALS are made from food grade salt of very high quality.

* European standard for salt for the softening of water for human consumption. 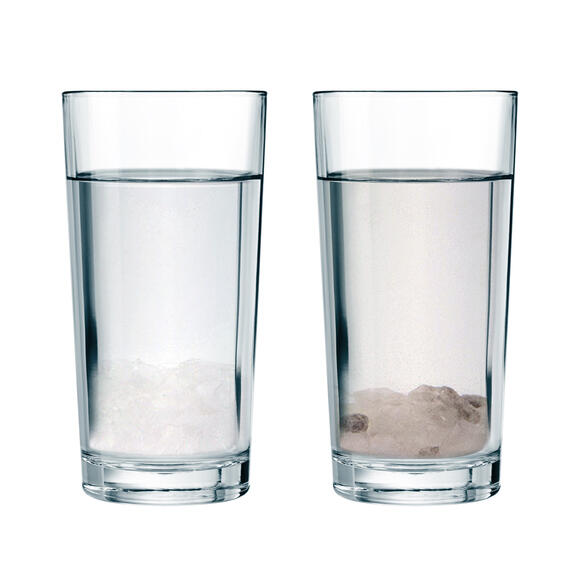 The purity of SOFT-SEL salt crystals is also reflected in the clarity of the brine. In the laboratory, the same quantity of SOFT-SEL salt crystals and salt tablets were dissolved in water, under controlled conditions. Both resulted in a pure, clear brine. And it's just as well: a cloudy, brown-coloured brine indicates inferior salt which you should avoid using in a water softener to ensure hassle-free operation and a long service life of the appliance.

Please note: variations in the quality of the water used may also affect the colour of the brine. 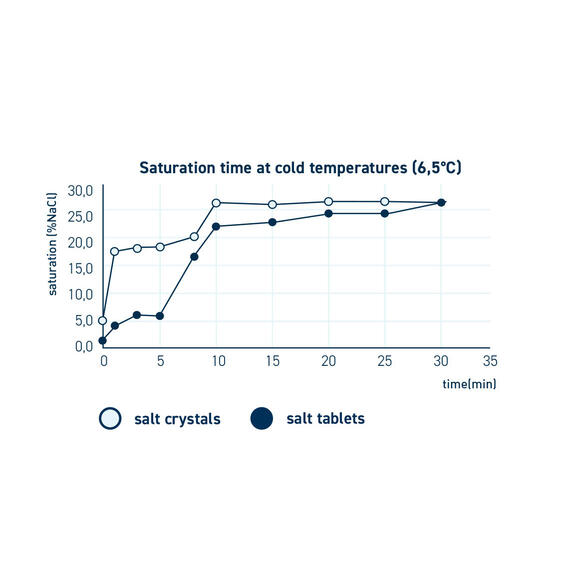 The solubility of salt in water is roughly 360 g/l (+/- 27%). Once the saturation point has been reached, the salt stops dissolving and remains intact. SOFT-SEL CRYSTALS salt crystals achieve 90% of their saturation point within five minutes. In comparison, salt tablets need twenty minutes to reach the same level. In applications with large water flows or large peaks in water consumption, solubility at this rate is a great asset, as it gives you a constant and optimal brine concentration.

In addition, the temperature of the water also plays a role in the solubility rate of the salt. In cold basements or during the winter months, it takes longer for the salt to dissolve, which can be disastrous for the functioning of the water softener. Thanks to their high solubility rate, salt crystals perform better in these cold periods than salt tablets.

Salt crystals may dissolve faster than salt tablets, but this doesn't mean you will consume more salt as a result. Once salt reaches its saturation point, it simply stops dissolving. As such, the dissolution rate of SOFT-SEL CRYSTALS does not affect how much you use.

4. No clogging in your water softener

SOFT-SEL CRYSTALS owe their rapid saturation to their specific shape. As such, water can always make its way through the crystals, regardless of how they are positioned. On the other hand, lower quality salt runs the risk of bridging: the salt can clump together in the salt container, with the result that the water softener does not function properly (temporarily). Since CRYSTALS naturally have a hard granule structure, the chance that they disintegrate and form a salt sludge at the bottom of the salt container is very small.

"Crystal salt" owes its name to its coarse structure and crystalline appearance. SOFT-SEL CRYSTALS look similar to coarse rock salt, but the quality of these products is not comparable.  CRYSTALS are refined, food grade salt, while rock salt is usually unprocessed. So, when choosing a product, it is essential to obtain the correct specifications and check the clarity of the brine.

Last but not least: the ecological footprint of SOFT-SEL salt crystals is lower than that of salt tablets. Salt tablets are made from vacuum salt extracted from underground mines, which is a multi-stage process requiring a lot of energy. However, crystals are pure salt produced by natural evaporation.

Of course, you can continue to use salt tablets for water softening without problems. The analyses made by ZOUTMAN only confirm that SOFT-SEL CRYSTALS are an equivalent alternative that score even better on a technical, economic and ecological level. 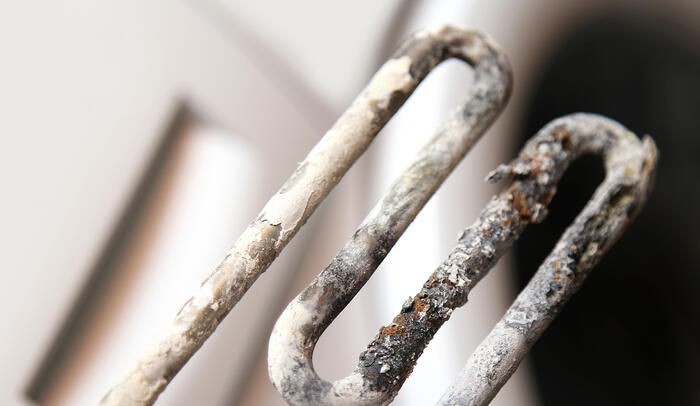 The disadvantages of hard water 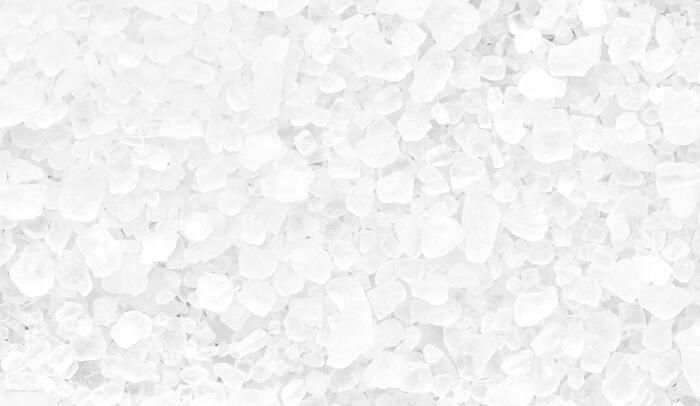 What is the best salt for your water softener?